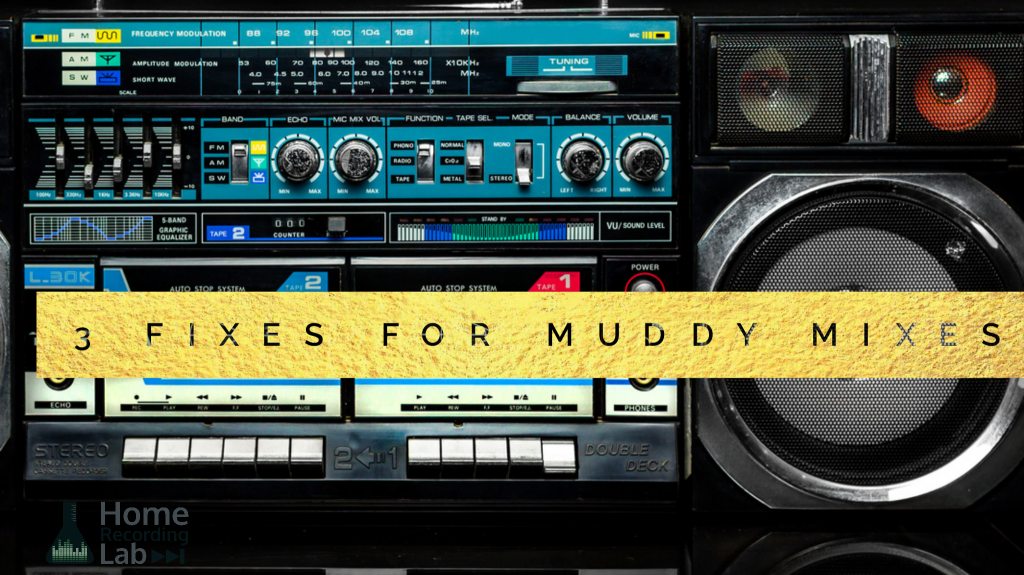 3 Reasons your Mixes Sound Muddy (and How to Fix Them)

You’ve put your heart, soul and many hours into your latest tune, yet when you play it back on your buddy’s killer car stereo, it’s a tubby, muddy mess of low frequency mush; nowhere the punchy powerhouse you’d envisioned. It’s obvious that there are tweaks to be made, but where do you start?

There’s no universal tweak that works for every muddy track, but many mushy-bottomed tunes have things in common, particularly for those working in home-based project studios. Here are three common culprits, and what you can do about them. 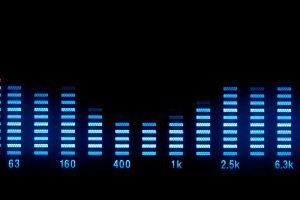 When a chef is cooking, adding salt at every stage results in a dish that’s much too salty. The same holds true for a mix with a buildup of sounds at the same frequency.

Your guitar sound might be killer on its own, but mixed with the rest of the tracks, it disappears in mud. This is perhaps the most common for cluttered, muddy mixes.

Get acquainted with the frequency ranges of each track. Use a spectrum analyzer to visualize this if necessary. For example, you may have a guitar, piano and vocal all contributing significant audio content at 400 hertz. This causes a middle frequency buildup that clutters your mix, resulting in none of these three components coming through clearly.

Re-work the equalization of each track to spread the emphasis. Start with reducing each at 400 hertz, then pinpoint the key frequencies for each layer and give it a slight boost there.

Make sure each component gets boosted in its own unique frequency space. This technique is called “shoehorning,” since you’re sliding sounds tightly together next to each other, all along the frequency spectrum.

Home project studios routinely use close miking techniques and ambience in the form of reverb added later at the mix stage. This is a reliable way to eliminate the sounds of poor acoustic spaces as well as capturing crisp, clean sound with strong signals and low noise. However, once the reverb gets added, your mix sounds like chocolate syrup has been poured over the works, but instead of a sweet treat, you’re left with a fudgy mess.

It’s logical to think that placing your entire mix in the same ambient space is the way to go, the way a band would sound in a classic concert hall. Mixing, though, is the art of making tracks sound natural by doing completely unnatural things to them.

Think of your mix as having depth. Some sounds are closer to you, some are farther away. Those that are close, have little to no reverb. As you move back in your mix, reverb increases.

Stay away from Preset Syndrome too. These can be a great place to start, but rare is the track that fits a preset perfectly. Shorten decay times to reduce mud.

Use frequency cut-offs, both low and high, to shoehorn reverb the same way you did with tracks. Low and high frequency reverb doesn’t add much to the ambience picture, usually. Now and then, delay is more appropriate — and less muddy – than reverb.

Mix it up and take breaks while you work. The longer you’re mixing, the higher you tend to set reverb levels, a condition informally called reverb narcosis.

Just as your mix has a frequency spectrum from lows to highs, and a distance perspective from front to back, stereo mixes have a left to right soundscape, and it’s an effective tool for de-muddifying a mix.

There are certain conventions commonly used, such as kick drum, snare drum, bass and lead vocal panned to the center. However, you may find it simply gums up the sound of your tracks.

Imagine yourself at the front edge of the stage, with the band spread across it. Then pan each track to where you envision the player. When every sound has its own virtual point of origin, you’ll find natural clarity. Combine placement with shoehorning and judicious touches of reverb, not only will your mixes magically clear up, they’ll take on a lifelike third dimension.

In this age of single Bluetooth sound systems and streamed audio, it’s also good practice to check your mix in mono too. This may reveal muddiness that’s not apparent in your studio under ideal monitoring conditions. If this is the case, get back to the shoehorning.

Mixing, remixing and mixing again can be frustrating. It’s also the way you learn and the way to sound your best. Everyone has their muddy mixes, decisions made at 2 a.m. that don’t stand up in the morning. Don’t sweat it. Mixing is part science, part art and it takes time to get right.