Classical, Acoustic, or Electric Guitar: Which is Hardest to Learn? 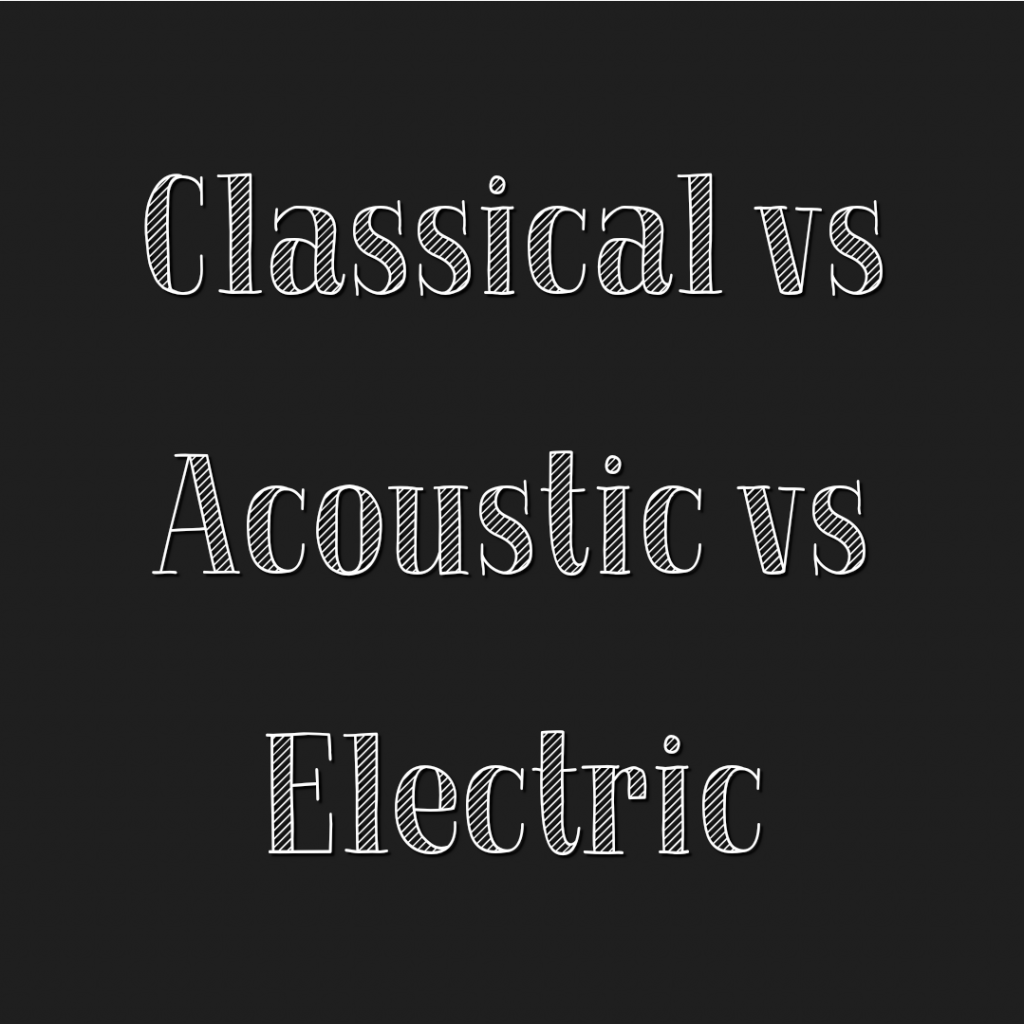 I’ve been asked this question a lot. Each variant brings its own advantages and disadvantages to the table (especially when you’re first learning it).

One could simply say, they’re all hard to learn really well, but for the sake of interest, I’ll go through a little comparing and contrasting. I’ll attempt to draw a conclusion, and I encourage you to do the same. Let’s start with what I think is most people’s favorite:

The king of rock, the instrument of countless iconic musicians. Think of B.B. King, Pat Metheny, Joe Satriani, Steve Vai, Eddie Van Halen, the list goes on. The electric guitar was the instrument of choice for these guitar-gods, and I seriously doubt that it was because it wasn’t hard to learn. But let’s look at some of its advantages and disadvantages. 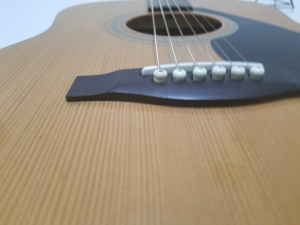 The first thing that comes to mind for most of us when we hear “acoustic guitar,” is either Wonderwall covers, or your uncle Larry who gets wasted and plays Simple Man all night at the family reunion.

I’m talking about your basic steel-string, dreadnought acoustic guitar. And let’s be honest -the acoustic guitar has endured some pretty bad stereotypes as of late (cue the country music stars).

Don’t let those fool you though, because playing it isn’t exactly a walk in the park. Especially if you’re attempting to play music similar to the likes of Michael Chapdelaine, Andy McKee, Alan Gogoll, or Tommy Emmanuel. There are some things that work in a player’s favor though.

The single most difficult thing about acoustic guitar (at least from what I see in my students, and from my own experience) is that it’s physically harder to play. It requires more physical effort from the player in order to play it.

There are always exceptional instruments, but generally speaking, acoustic guitars are known for having lower playability due to higher tension strings and sometimes higher action. That doesn’t mean it wouldn’t be worth your effort though. Many playable acoustic guitars are available at a decent price point too.

This style of guitar has grown significantly in popularity over the last two decades, and for good reason. If you’re new to classical guitar, check out some players like David Russel, Rene Izquierdo, Jason Vieaux, Manuel Barrueco, or Celil Refik Kaya and enjoy.

I think most people’s idea of classical guitar has something to do with some guy named Esteban who dresses in all black and wears a bolero hat. Despite the stereotypes, there is a massive and diverse repertoire for the classical guitar stretching back centuries, and it’s not all Spanish! Anyway, let’s talk about some advantages it has.

As I said in the beginning, I think playing any style of guitar at a high level is difficult, and getting there is hard work. Just because of the attention to detail required to play it well, I think classical guitar is the most difficult to learn on your own (as a complete beginner), but there’s nuance to every style of guitar and that takes practice and time.

If you’re just starting out on guitar, don’t worry about which one is harder to learn -just have patience, play what you love, and keep an open mind when listening to other styles. Honestly, the amount of teach-yourself-guitar content that’s out there is astronomical (YouTube, JamPlay, and Tonebase) so you have every opportunity to learn whatever style you’d like -just practice!

How to Set Up a Guitar Pedalboard

How Often to Change Guitar Strings

How To Play Fast On Guitar