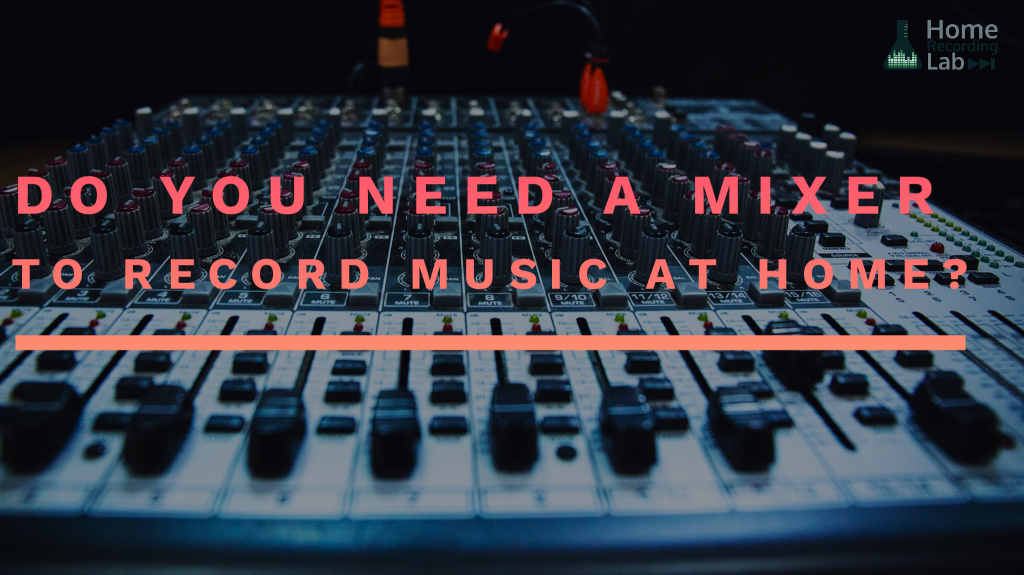 If you were to close your eyes and picture a recording studio, you might see images of giant mixing boards and wide open recording booths behind glass panes.

Meanwhile, you might look around at your apartment or spare room and think, “Wow, I have none of that stuff.”

Even if you won’t be installing a six-foot-long mixing board in your home studio any time soon, the question remains: do you even need a mixer?

The short answer: NO!

If this answer surprises you, let’s go over what a studio mixing console does.

Mixers are multi-faceted pieces of electronic hardware with several main functions. These include receiving analog and digital audio signals, combining (or summing) these signals, controlling individual levels and frequencies of said signals, and outputting them to broadcasting and recording devices.

Mixers vary in their number and types of inputs and outputs, power, size, FX controls, cost, and more.

With that answer alone, you might think that in fact, you do need a mixer. But today, most music is processed in a digital audio workstation (DAW) installed on one’s computer. Recall that in order to record in a DAW, all you need is an audio interface or preamp like the Focusrite Scarlett Solo (Amazon) which converts analog audio signals to digital signals. 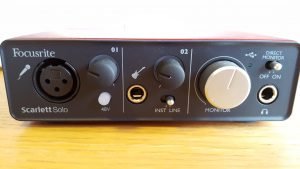 So, an interface takes care of one of the main functions of a mixing console. But what about the rest?

Well, every DAW essentially has a mixing console built into it. Inside your DAW you can record, manage several channels, adjust levels, EQ, introduce additional effects processing via plugins and more.

In other words, everything that you could do with a mixing board you can do in your DAW. Yes, you can still use a physical mixer in addition to (or in concert with) the controls inside your DAW, but it’s not necessary.

So, then, what are some reasons that you MIGHT want to use a mixer for your home studio?

Some people simply prefer the more old school, tactile nature of a mixing console. Something about moving the faders and turning the knobs with your fingers feels better for some producers, even if it’s just a force of habit.

Mixing consoles can also come in handy for recording multiple channels at once. While a solid audio interface can get this job done, mixers typically feature more inputs and give you more control over the signal going in. You can also use mixers without a computer or DAW. And, if you want to start mixing live music, it’s nice to have a mixing board handy (well, one that you can take with you, anyway).

So no, you don’t need a mixer to record music at home. You still need an audio interface/preamp, microphone, and DAW, but these items won’t run you that much compared to a hefty mixing board. Keep in mind that as you develop your skills and studio space you may eventually want to invest in a mixing console.

Mixers can come in handy for making more nuanced mixing decisions once you know what you’re doing. But until then, it’s completely fine to stick with the mixing controls that come with whichever DAW you prefer.

Why Do I Need a Microphone Preamp?

How (and Why) to Mix in Mono