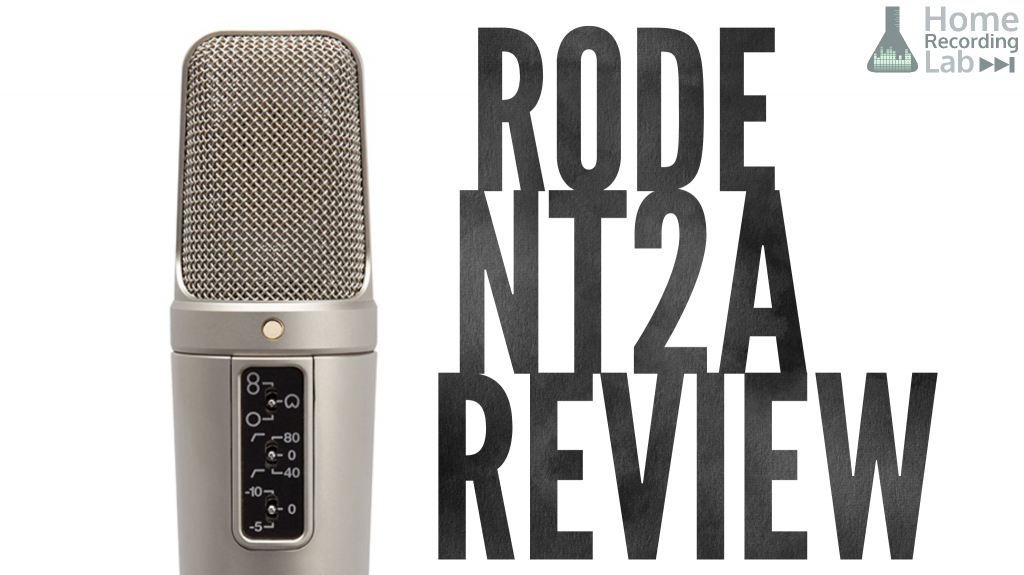 There’s nothing wrong with Chinese mics, since they brought the price of large diaphragm condensers into the reach of bedroom studios the world over. Australian microphone company Rode even used Chinese factories for their famed NT2.

However, they wanted to distinguish themselves from the rest and take control of their own destiny. Here’s the Made-in-Australia NT2-A: 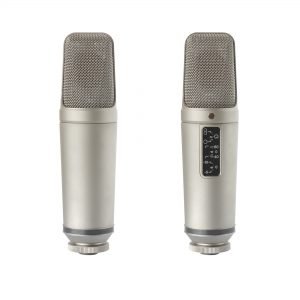 The move to Australia meant that the NT2 update required a cosmetic change as well as electronics updates to distinguish the new mic from its Chinese predecessor. This is most obvious in the center switch plate on the front, address side of the NT2-A.

Instead of a more typical sprinkling of switches around the collar of the mic, just below the metal windscreen, the NT2-A features all the three-position switchables up front, including polar pattern (figure-8, cardioid, and omnidirectional), bass roll-off (80 Hertz, flat, or 40 Hz), and attenuator (-10 dB, 0, or -5 dB).

The changes aren’t merely visual though. The NT2-A came out the other end of its redesign as an ultra quiet mic of superior quality, fully at home at its $400 price point. At the time of writing, that price includes the mic, spider shock mount, pop filter, XLR cable, and pouch, everything you need to plug it in and start recording. 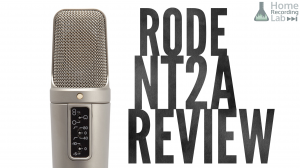 In general, mics can sort into two rough divisions. The most populous group is character mics. These are recording tools that have their own personality. Put two character mics on one sound source, and you’ll have two very noticeable versions of the original sound. There’s nothing wrong with that. In fact, being able to match mics to sound source is a key factor in achieving the sound you want.

Fewer in number are the true to life mics, neutral, flat, what-you-hear-is-what-you-get instruments. The Rode NT2-A is very much a member of this category. A subjective analysis of the microphone is tricky because of this lack of coloration.

Large diaphragm mics stake their reputation on the larger than life quality they bring to vocals. This is often due to a high frequency presence peak. The NT2-A has a peak starting around 5,000 Hz, but it’s gentle compared with many other mics. It’s a bump, not a peak, and the rest of the frequency spectrum reproduces so flat, this a mic that simply lets the content shine by delivering it without additional noise or coloration.

The best way to describe the sound of the NT2-A is “classy.” The mic’s look and design owe more than a passing nod to the Neumann U87, perhaps the most versatile and ubiquitous microphone used worldwide in professional recording situations. The U87 is also 9 times the price of the NT2-A, so to mention the Rode mic in the same breath is significant. “Classy” is the aesthetic defined by the U87, and the NT2-A does not suffer harshly in comparison. 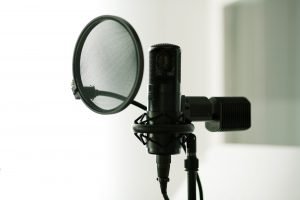 There’s likely no audio source the NT2-A can’t handle. That’s a general truism for most flat mics since, if frequency reproduction is faithful and detailed across most of the audible spectrum, then you’re going to get a signal that represents your source accurately.

Now, certainly, if you don’t want accurate reproduction, then the NT2-A isn’t a go-to mic. It’s not as odd a scenario as it might sound. Consider the kick drum, for example. In rock music, virtually all the classic kick drum sounds over the years stem from the use of dynamic microphones. At first, this might be due to prudent engineers who hesitated to stick an expensive and delicate condenser in front of such a loud, air-moving beast.

Thus, the sound of contemporary kick drums comes, in part, from the compressed character of dynamic mics. You probably don’t want a condenser mic on a kick unless you’re recording a jazz ensemble.

However, that’s a special case. Put a Rode NT2-A in front of an acoustic guitar, over a piano, on the bell of a sax, or pointed at virtually any singer, and that’s what you’ll hear. The sensitivity of the mic handles dynamic range, and with extended sound pressure handling up to 147 dB, you’ve got lots of room.

The extremely low noise floor of this mic means that quiet signals remain usable. With some boosting after recording, these passages aren’t likely to fade into electronic hiss, but you’ll also need a quiet recording space, since the NT2-A is sensitive.

Rode developed automated equipment to forego the cheap labor that makes Chinese mics so affordable, and they emerged with a decently priced winner of a mic in the NT2-A. The sad truth is that many home studio people will never be in the same room as a Neumann U87. Having a Rode NT2-A in the mic closet may not be the next best thing, but it’s still a very good thing indeed.