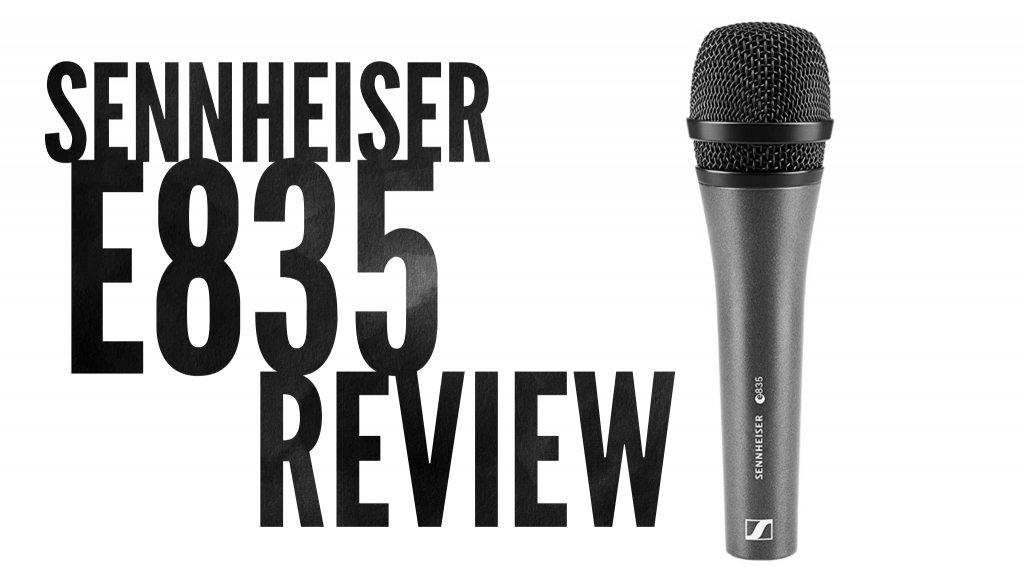 If you’re a microphone manufacturer, and you decide to market a handheld microphone targeted for live vocal use with an integral windscreen that requires a rounded bulge on the business end, your mic is going to be compared with the Shure SM58. This mic is used so often in the performance world its silhouette is what even a young child will replicate when asked to draw a microphone.

To call the SM58 iconic doesn’t accurately convey how ubiquitous this industry standard is. Here’s the scorecard for the SM58:

There you go. There’s your battle plan. Many makers have taken on the task and failed to match the qualities of the SM58, let alone improve upon them.

When respected manufacturer Sennheiser makes the e835 cardioid dynamic mic, they know they’re going to be compared to the SM58. Here’s how I see the e835 holding up side by side.

The SM58 as we know it today has been manufactured since 1966. Its round ball windscreen and tapered body defines the shape of a handheld mic. The e835 echoes the appearance of the SM58 but compare the two side by side and the Shure shows its vintage.

The e835 simply looks contemporary. The black windscreen has a rounded barrel profile and when combined with the flared tapered body, it seems that wind tunnel tests must have featured somewhere along the line during research and development. It’s got the slick look that all Sennheiser e series mics have. This is definitely not your grandfather’s vocal mic.

Appearance is a dead heat. If you want classic and retro, the SM58 is your choice. When you want to look contemporary, you can’t beat the Sennheiser. Aesthetics, though, have no sound. The most beautiful mic in the world is still no deal if it doesn’t deliver the goods sonically.

Primarily a live sound legend, the SM58 is likely already in the arsenal of some home recording enthusiasts who also perform in the real world. This makes the ’58 a common starter mic when you’re getting your feet wet with home recording.

The bare bones of the SM58 are solid, its sounds are useable. It’s often said that the SM58 is rarely the best microphone for any given sound, but it’s never the worst. That’s somewhat exaggerated. The SM58 produces a reasonably flattering rendering of virtually anything or anyone.

It’s not surprising, then, that the frequency response curve of the e835 resembles that of the SM58. Vocals in virtually all applications benefit from a characteristic often called a “presence peak” or high frequency boost. Mics enhance frequencies starting somewhere around 3,000 Hertz and keep them elevated until around the 10,000 Hz point. This is where clarity and sparkle live.

If you want a vocal to cut through, whether in a dense recording mix or a live band, presence peaks are your friends. Looking at the SM58, response starts to climb around 2,000 Hz, hitting a maximum boost of about 5 dB at 4,000 Hz. There’s 4 dB notch at 7,500 Hz, with another peak that tops out at 10,000 Hz before response drops off drastically. Plotted on graph paper, this curve looks like a lazy, lopsided letter m.

The e835, at a quick glance, has a similar overall graph shape, with a few differences. The initial boost of its presence peak doesn’t start until 3,000, nor does it climb by 5 dB until 5,000 Hz. In practical terms, that means the e835 delivers less upper midrange than an SM58. If there’s a key sonic complaint with the SM58, it’s an excess of midrange. If that’s an issue for you, you’ll like the e835.

The graph for the e835 only gives the impression of the letter m. There’s a dip around 8,000, but it’s not a notch, like the SM58. It plateaus until about 10,200 Hz, when response drops off in a similar way to the Shure. Not only is the e835 thinner in the midrange, but it’s also slightly brighter in the top end. This would indicate it’s a good mic for singers who need a clarity boost.

Both mics have a flat response down the midrange until about 200 Hz. That’s where the e835 departs from the SM58. The Shure stays flat until 100 Hz where it takes a sharp dip downward. While the SM58 still displays bass proximity effect – the bass boost that occurs when you’re close to the mic capsule – the sharp drop keeps it manageable.

At first glance, it could look as though the e835 is simply splitting the difference, a similar drop, but more gradual. In practice, though, it’s a slightly different mic. Not better or worse than the SM58, simply different.

The impression the e835 gives is of a mic that seems to have a more pronounced bass proximity effect and that also exhibits greater sensitivity to low-frequency plosives, those annoying P, B and F sounds that can shake the rafters.

That can be a good thing, or a bad thing, depending on the singer’s voice and how well they work the microphone. Using the e835 in a studio setting, you can set it 4 to 6 inches away, and no problem, bass proximity is gone. Live, however, with a singer used to an SM58, it might be pop city. This is a mic that needs some handling finesse.

Where the e835 lags behind the SM58 is durability. It’s Sennheiser’s goal to deliver a well-built, rugged mic that resists handling noise, and it that regard, the e835 seems to match the SM58. If you’re careful and responsible with your equipment, that may be the end of the comparison.

However, a scan of user reviews shows issues with the e835 failing after a typical drop, such as from the height of a mic clip to the floor. The SM58, on the other hand, carries an urban legend that says the mic doesn’t work properly UNTIL it’s dropped from a similar height. While that’s somewhat facetious, it’s common to come across SM58s with flat spots on the windscreen grille, which takes significant force to accomplish. Failing SM58s are just not something you hear about.

Other than the dropping issue, the e835 is a very well reviewed mic. Its voicing is different enough from an SM58 that it could very well succeed for you where the Shure mic seems muddy and dull. For home studio users, capturing sparking vocals is always a priority and a challenge, and while it’s usually a job for extremely delicate condenser mics, you’ll have a slightly easier time getting sparkle from the e835 than from an SM58.

With a street price of $100, the e835 is priced right beside the SM58, so there’s no budget nudge unless you find it on sale. You won’t be disappointed with the sound or the style of the Sennheiser, though you might take a bit of risk with durability, but likely only with road use.

Considering home recording applications and nothing else, I personally prefer the voicing of the Sennheiser as more versatile, though it’s a close call that’s very much into subjective territory. While, overall, I consider the SM58 the all-around winner, Sennheiser is close to the mark with features to recommend it. It’s a safe buy.