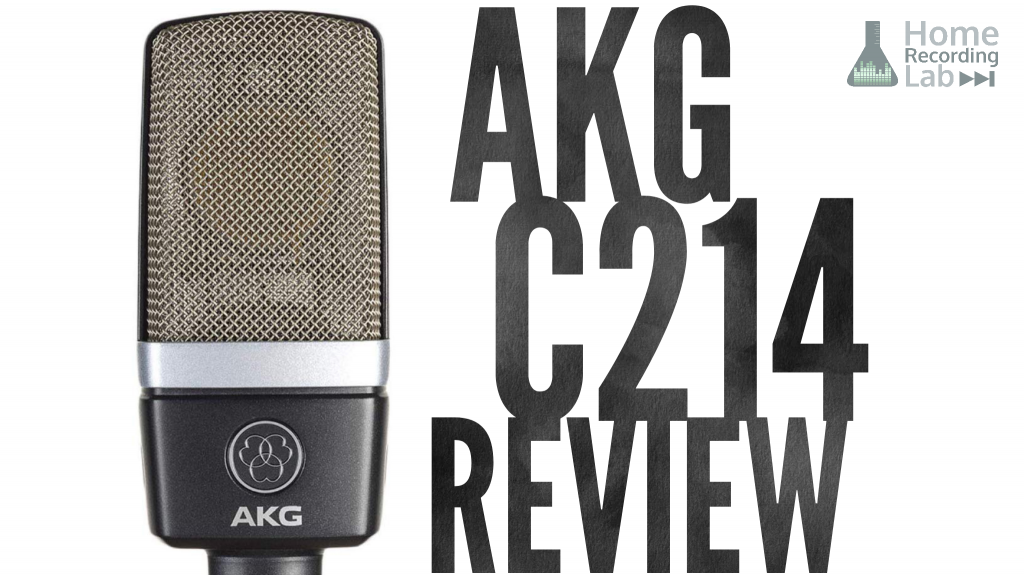 AKG is a serious name in microphones, and perhaps its flagship model is the C414, a classic multi-pattern large diaphragm condenser that has a solid reputation as a do-anything studio mic. The AKG C214 is its cardioid baby brother. 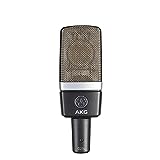 The AKG C214 (Amazon) comes in at a price point that likely makes most home studio recordists stop to consider their bank balance. After all, we’re in the era of affordable condenser mics, and there are solid options at ¼ of the price. So why would you consider the extra expense? To put it simply, the sound.

This is not your entry level microphone, though if you have the scratch, there’s nothing wrong starting off with one. For someone who’s been recording for a few years with budget mics, though, a move to the AKG C214 reveals the next level in a way that a newcomer may not appreciate.

If there’s a drawback to this mic, it’s the sensitivity. Let’s face it, most home studios leave lots to be desired in terms of isolation, acoustic tuning, and soundproofing. We minimize this with close miking techniques and reverb plugins to restore the sound of a solid acoustic space.

The AKG C214 reveals quite a lot about your recording space due to this sensitivity. And though it’s described and marketed as a cardioid mic, above 1,000 Hertz to about 8,000 Hz its polar pattern is far more omnidirectional than cardioid, meaning that sensitivity is active in all directions. You may not know that the cat that lives three houses has a sinus infection, but if there’s a mic that can pick up kitty sneezes at a distance, it’s this one.

That sensitivity translates to a crystalline, detailed sound from the sources you want to hear. You’ll need some baffling and keen noise gate skills to keep ambient noise tamed with the AKG C214. The reward for your efforts comes when you find that tracks sit more easily into a mix, with less compression and less equalization.

Hearing a vocal come through your monitors with a “right there” quality gives you chills whether you’re new to recording or you’ve been at it for decades. The AKG C214 gives you a better chance for capturing this moment than most mics of its price point or below.

The big brother, the AKG C414, available now in XLII and XLS versions, is a nine-position condenser legend. The AKG C214 takes one of the pair of condenser capsules from the C414 to capture some of the premium mic’s mojo. The C214’s cardioid pattern comes from this single diaphragm, part of the cost-cutting that keeps it affordable, less than half the price of either C414 version.

The C414 also features four-position attenuation and four-position bass roll-off switching. The AKG C214 has conventional switches for -20 dB attenuation and a high-pass filter switch that rolls off bass below 160 Hz. It can handle sound pressure up with 156 dB with the attenuation pad switched on, and the hefty mic weighs a little over three pounds. A sturdy shock mount comes with the package. This is handy, since the C214’s shape won’t work with generic spider mounts. Likewise, a rectangular foam windscreen ships with the mic.

Since the AKG C214 has the reputation and billing as an all-purpose mic, it’s good to know how its features contribute. AKG itself recommends the C214 for virtually any sound source. While it’s modelled after the C414, the C214 has a sound of its own, though it’s certainly a relative. Consensus is that the C214 has a bit more punch than the pricier models, excelling on electric guitar as well as acquitting itself on virtually any other sound source.

The heavy volume capacity combines with the low self-noise of the mic, providing a huge span of dynamic range. You can use the C214 on drum kits, setting your preamp for peaks and counting on the mic’s sensitivity to capture softer performance elements. In very noisy situations, switch the attenuator and you’re good for another 20 dB.

On vocals, the C214 gives body through the midrange, so some voices that sound thin on other mics gain a new dimension with the AKG. The expanded dynamic range makes this a good mic to throw in front of an inexperienced studio singer, one without fully developed mic skills. Like percussion, set the preamp for the peaks and the C214 captures detail when the singer’s dynamic range falls off.

At the End of the Session

Bringing some of the magic of the AKG C414 (Amazon) to a price point that the serious home recordist may be able to justify is admirable of AKG, a company that’s never held its reputation as lofty and beyond the entry level user. The C214 lives up to both its billing and its lineage. It’s a real mic, with world-class credentials and performance. Keep this one in mind when you’re ready for the next level.