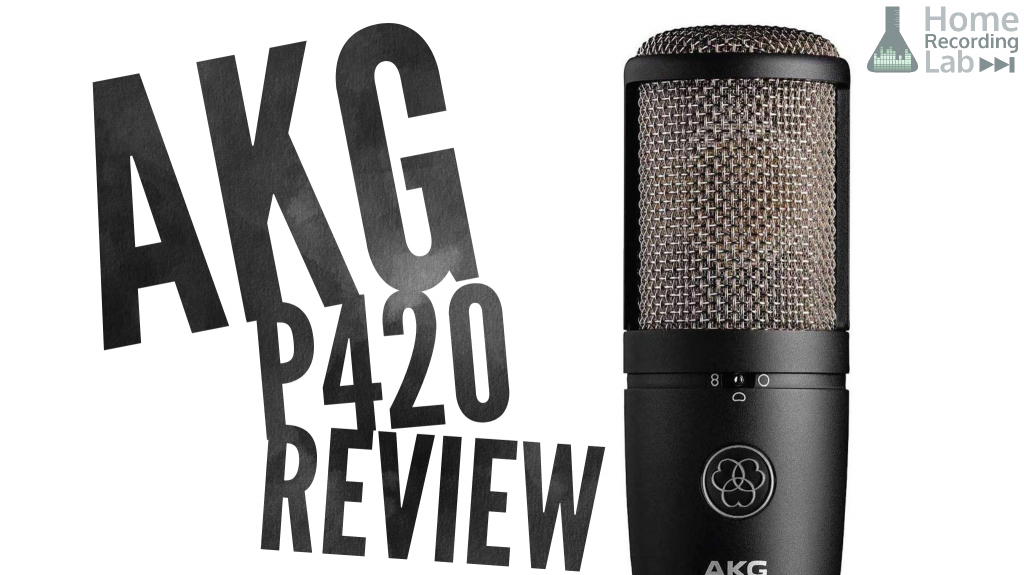 Before the days of inexpensive Chinese-made condenser microphones, AKG was one of the big names in mic manufacturing. They stood apart from the other majors by diving right into the affordable mic market. Did the gamble work? Let’s look at the AKG P420 for a hint. 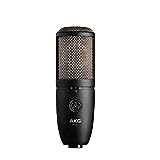 To compete with mics made in China, you must make your mics in China. That seems to be the thought that AKG brought forth when they entered the home recording market. Rather than slapping their name on anonymous designs, the Vienna-based company instead designed their own circuits while subcontracting the manufacture.

Such is the case with the dual diaphragm AKG P420 (Amazon), one of the Perception series mic lineup. With a street price of $200, the AKG P420 is the higher end of the affordable mic range, but as an AKG, it’s towards the low end of their product line. It has the features and the performance to justify choosing it over a less expensive competitor. The AKG logo never fails to add an “I’m serious” note to your home studio.

If you’re not familiar with the term “dual diaphragm” condenser, you might be new to the concept of multiple polar patterns in one microphone. The AKG P420 has a pair of one-inch diaphragms, the textbook definition of a large diaphragm microphone. The pair of diaphragms, along with some nifty electronics, offer you a switchable choice of cardioid, omnidirectional, and figure-8 polar patterns.

Most mics have a cardioid pattern, which means they have an area of sensitivity that looks sort of like the simple drawn heart shape, where the bottom of the heart is the area of greatest sensitivity. This is usually where you point toward your sound source.
Omnidirectional means equal sensitivity in the shape of a circle surrounding the mic. If you need a room mic to pick up everything, or if you have several singers recording to a single track, you can use an omnidirectional mic to capture sounds all around.

Figure-8 offers two areas of sensitivity in front and behind the mic, while rejecting sounds to the side. You could capture the sound directly from a guitar amp, for example, while simultaneously grabbing room sound from the back of the mic. Two singers can face each other while in close harmony also. Multiple polar patterns add to a microphone’s versatility, and the best “Swiss Army” microphones feature this capability.

Perceptions of the AKG P420

This is an affordable microphone that proudly honors its manufacturer’s reputation. AKG’s product page recommends the P420 for use on pianos, strings, horns, woodwinds, drums, and percussion instruments. Oddly missing from the list is vocals, yet there’s nothing that keeps this from being a very good vocal mic.

Typically, large diaphragm condensers used for vocals feature a pronounced presence peak around the 5,000 to 10,000 Hertz range. The AKG P420 comes closest to this ideal when in figure-8 mode, but there and with the other patterns, this boost is modest compared to other mics.

However, the typical inexpensive Chinese large diaphragm mic is often strident and harsh, overproducing sibilance for some voices because of that presence peak. Putting a mic like that on a solo violin may be an invitation to a screech fest.

The AKG P420 is, by design, going to avoid those issues, regardless of which polar pattern you choose. Its frequency response curve for the cardioid pattern looks silky, and this plays out in practice. Voices are clear and articulated without hype. It’s the large diaphragm sound that still sounds natural.

Published numbers are sometimes of little value, originating in lab conditions that your home studio will never see. Usually. These favor the mic over the user, but with the AKG P420, we see a specification that works the other way. Signal to noise shows as a modest 79 dB, which isn’t a stunning figure. Yet, pumping preamp gain for miking an acoustic guitar at about 18 inches displayed no self-noise. Noise was never an issue, despite AKG’s rather average assessment of the mic.

With a maximum sound pressure handling of 135 dB straight and 155 dB with the pad switched on, there’s little short of a rocket launch that the AKG P420 won’t handle in terms of volume, so don’t worry about placing this mic in front of a screaming guitar amp. In fact, its frequency response will likely keep the scream to a minimum.

The AKG P420 (Amazon) is most at home with acoustic instruments, though, producing very balanced and flattering results, without brittleness in the upper frequencies. You’ll be hard pressed to find a use for this mic where it completely fails, the hallmark of a great all-purpose mic. For a couple hundred bucks, you can buy a lot of value with the AKG P420.