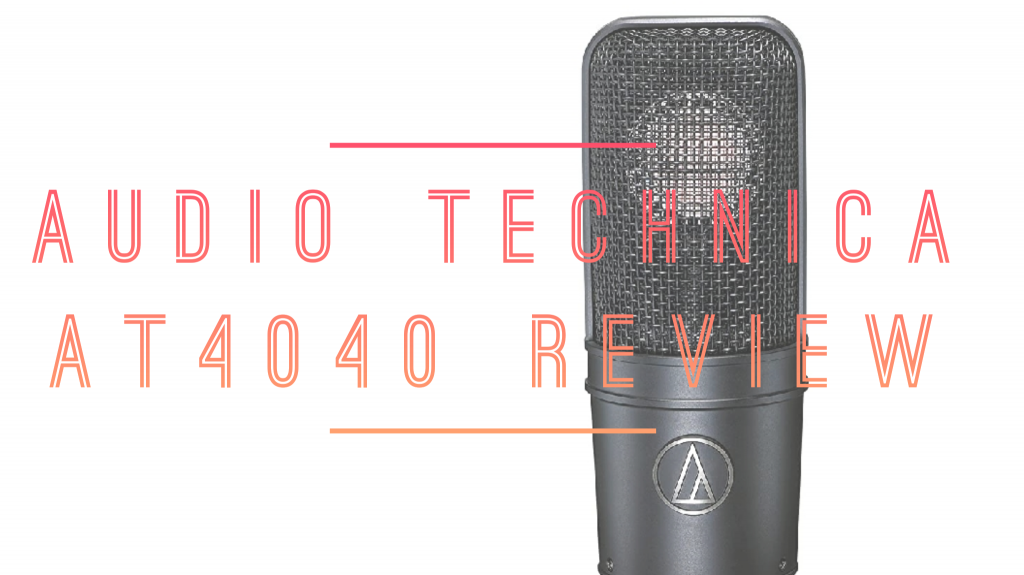 When it comes to home recording, the Audio Technica name is a strong one in the development of computer-based home studios. The AT microphone line has always been near the top of the list for excellent price/performance value. The AT 4040 is no different, and it may be one of the best of the entire AT series.

Mic design has much to do with this. Generally speaking, a mic with great transparency must be of condenser design. This comes down to the way microphone diaphragms behave. Condenser mics create electrical signal directly from the pressure of sound waves. Dynamic and ribbon mics need a middleman, an element in a magnetic field that must first be moved to induce an electrical signal.

You can still have character mics with condenser design, and there’s nothing wrong with the concept. Character can be good. However, there are times when you want to capture sounds exactly as they are, and that’s when you need a mic like the AT 4040. It’s crisp, it’s clear, it’s honest and it’s accurate.

Audio-Technica AT4040 Cardioid Condenser Microphone
See it on Amazon

The AT 4040 features a 20.4 mm diaphragm in a side address package. It weighs about ¾ lbs. at it’s in the standard AT series large cap mic body. It’s a no-nonsense, quality build, a serious and professional microphone that happens to carry a home studio price tag. At the time of writing, the street price for the AT4040 is around $300.

Pro tip: turn the pad on when recording tambourine. The transients are often surprisingly harsh.

Frequency response is rated as 20 to 20,000 hertz, a standard spec for a condenser, and it can handle sound pressure levels up to 133 dB, so your neighbors will give you more trouble recording a Marshall stack than this mic will.

So far, these are the specs of any respectable large diaphragm condenser. Let’s get into what sets the AT 4040 apart from the crowd.

I’ve written about the Swiss Army mic concept before, one microphone that you can use on virtually any sound source with satisfactory to superior results. The AT 4040 is one of the few contenders in the under $500 price range that’s worthy of the title. Simply put, the sound that goes in is the sound that comes out.

Testing the AT 4040 with a Taylor Grand Auditorium and an ancient no-name plywood topped dreadnaught, it’s easy for even an audio novice to tell the difference between recorded tracks, as it would be listening to both instruments in real time. The Taylor sounds alive. You can close your eyes and imagine the vibrations of the guitar’s soundboard. On the old acoustic, well, not so much.

However, that’s the point of a transparent mic. You’ll hear nuance from a quality instrument, and you’ll hear dull and lifeless from a dull and lifeless instrument. A character mic might be a better choice for the beater guitar only because what it sounds like ain’t that great when accurately portrayed.

The AT 4040 works well with a wide range of vocals and though it may not have the U87 magic sparkle, it still retains nuance and detail, key aspects of a good vocal track.

With acoustic guitars and voices reproduced faithfully, Audio Technica delivers a winner. With pro level performance at an affordable price, the AT4040 should be a no-brainer at its price point. This is perhaps the most affordable transparency you’ll add to your mic closet.